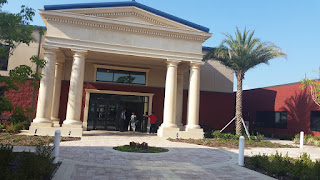 I love connecting and sharing with teachers from all over.  I had the chance to present at the Superior Tech 4 Teachers (#ST4T) conference in Clearwater FL hosted by the Plato Academy.  The campus was beautiful, the staff, the event organizers, and the student volunteers were all amazing.  They did a great job for hosting their 1st conference.  I really enjoyed the atmosphere, the energy, and the excitement everyone had.

While I was there I shared just a handful of the tools teachers can use in their classroom.  I introduced them to augmented coloring pages, augmented triggers that had 3D objects, 360º environments, and animated lessons.  I even showed them an augmented interactive student math notebook and talked about how they could create their own augmented student interactive notebooks for all subjects.

I wished I had more time during each of the presentations I could have shown so much more.  I ran out of time and didn't get a chance to share the AR Ideas board, Let's Talk AR Hangouts, The Freedom Stories, Play a little AR Basketball, and so much more.

While I was there I had a chance to try out some pretty cool technology.  I was able to control the computer with my mind.  I felt like I was in Star Wars and I was controlling the force thanks to Emotive and EPOC mind controlling device. I had only heard about the headsets so it was great to test it out.  The force was pretty strong at #ST4T and pretty cool. At the conference teachers could also try out Osmo which is a game accessory for the iPad which makes the iPad truly interactive.  Microsoft in Education was also at the conference and you could try out some of their new toys and learn how to incorporate them into your classroom.  My favorite part other than connecting with educators was the interactive classroom resigned furniture.  Talk about creating an active learning environment.  They had furniture that you could easily move around create small groups or work independently.  There were even tables tops you could write on, talk about a great way to collaborate and brainstorm.

The conference in all was a great experience and I hope the teachers had as much fun learning as I had. Remember to stay connected and to share.  I am only a message away if you need anything. 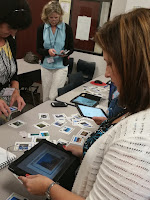 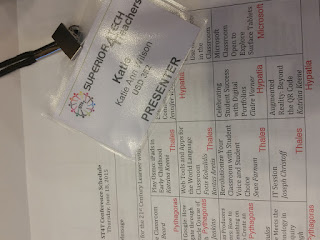