Using Songs to Teach via #AugmentedReality ....

Using Songs to Teach via #AugmentedReality .... 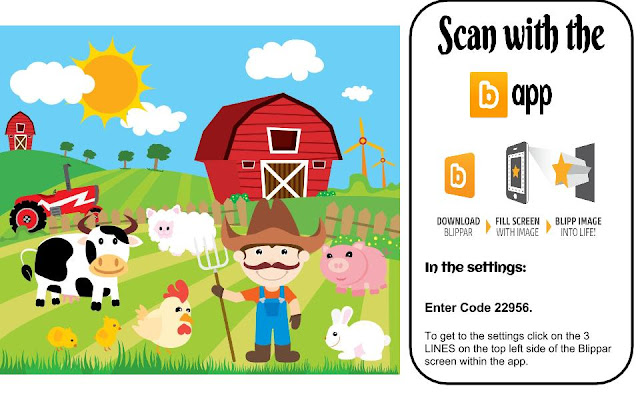 For me augmented triggers need to be interactive in some way.  As I am preparing for our Twitter Chat on March 10th using Augmented Reality in ART I wanted to include just more in the conversation than just painting, pictures, and such.  I wanted to also open the world to augmented triggers that contain music. This trigger when scanned with the Blippar app, don't forget to enter the code 22956 into the settings within the Blippar app, will bring up the song The Farmer in the Dell.  After the song is over click on "Done" at the top of the video.  There will be 3 interactions for kids to play with.  One kids will match the mother animal with the baby, the other is dot to dot that will make an animal while the 3rd is a fun game.

There are many ways I could have gone with this trigger.  I could have had the image itself come to life and teach the kids facts about animals.  I could have included links to animal websites or a live stream of an animal in the zoo.  I could have also included an audio clip to auto play instead of a video clip.

With augmented reality there are millions of ways to connect the triggers to what your students are learning.  Students can also create these fun educational triggers to showcase what they have learned as well.

Join us on March 10th at 8pm central time on Twitter by following the hashtag #AR4Learning as we chat more on how we can use augmented reality with art. 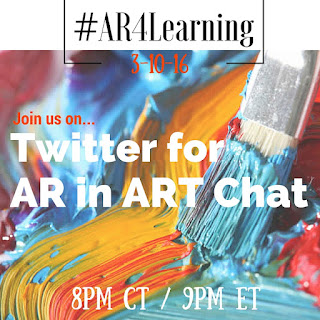