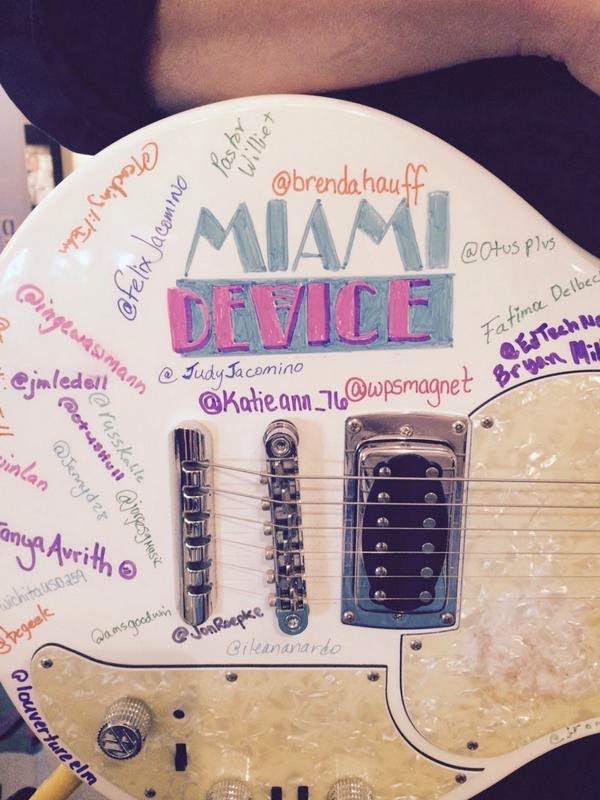 I was a little bummed out that I couldn't make it work to attend Miami Device, well not in person any ways.  I had the chance to remote into the conference thanks to Essdack and their robot.  I was able to drive it around met some new people and say high to a few friends.  I even got a chance to sit in on a session.  Several people even took their picture with me, I kind of felt like a mini star for a moment.

I did have an issue with staying connected to the robot, not sure if it was on my end or theirs. Anyway it was a lot of fun attending via the robot.  When I wasn't operating the robot I was living vicariously through the attendees that Tweeted out resources, pictures, and their experience at Miami Device.  One of my take aways from the conference is the augmented reality puzzles by Ravensburger.  It appears that they currently have 5 different puzzles that have been augmented.  I can't wait to get my hands on those.

Another thing that I learned about was Sketchnotes.  You can create these sketchnotes with a variety of apps such as Notebility and isketchnote to name a few.  Creating sketchnotes makes your thoughts visible.  What I loved was that Marie made her sketchnote interactive by turning it into a Thinklink.  AWESOME!

Since the robot had no arms Brenda was very nice and signed my Twitter handle to Kevin Honeycutt's guitar for me.

It was great being apart of Miami Device even if it was just for a moment. Maybe next year I can present at Miami Device instead of living through the hashtag.

Thanks again Essdack for the chance of using the robot. 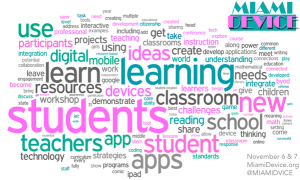