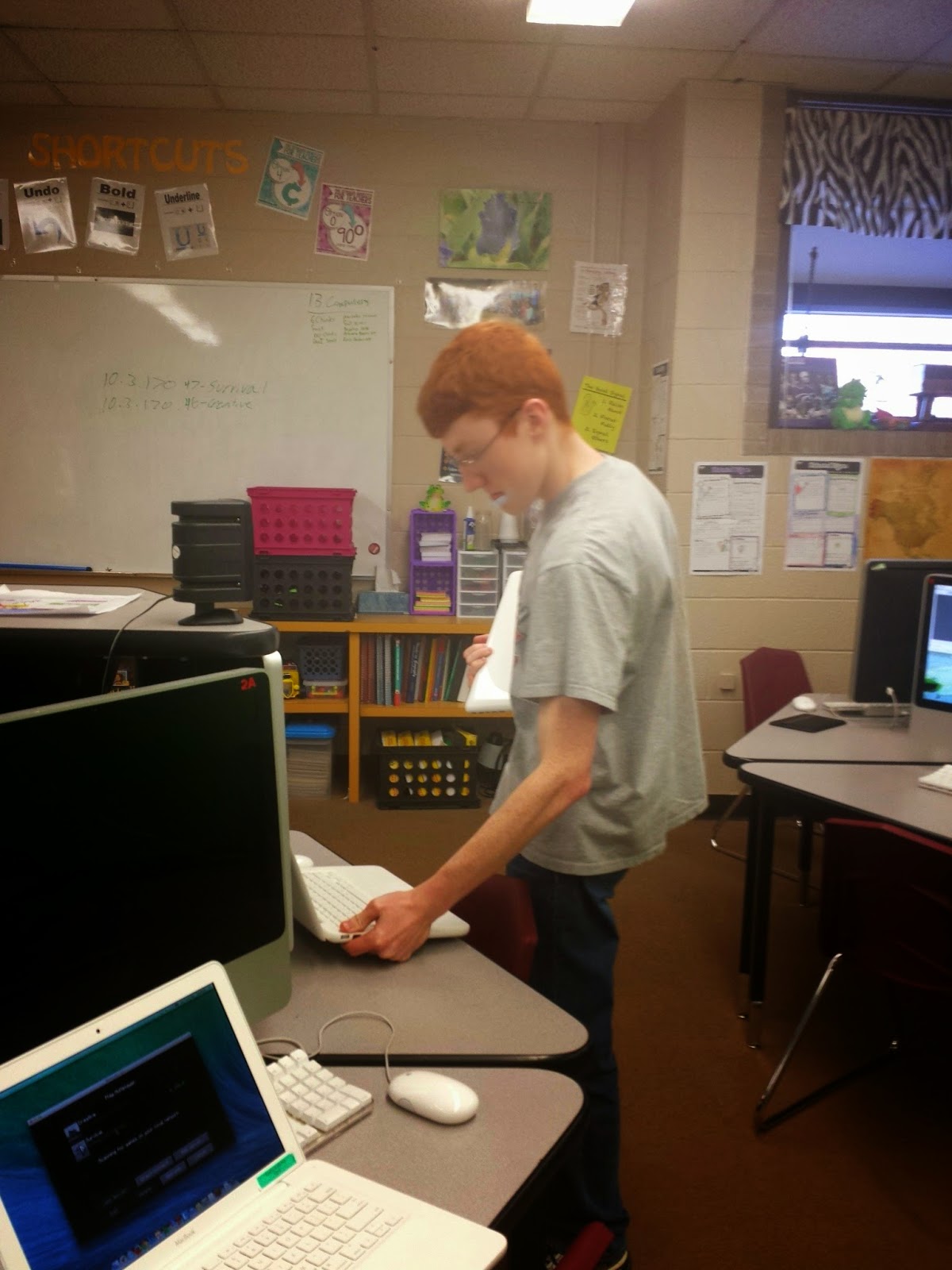 My oldest son wants to have a career in computer programming.  Him and a small group of his classmates needed some real world experience building a local area network or LAN.  He also needed some experience building a server that a group of computers can connect and communicate with.  I just happened to have access to a computer lab a.k.a. my classroom and with permission he was able to build a server to host a Minecraft world and network my classroom computers to it.  Over the winter break he tested out his server and tested the network he had created, and it worked.  Now all he needed was subjects using his network. 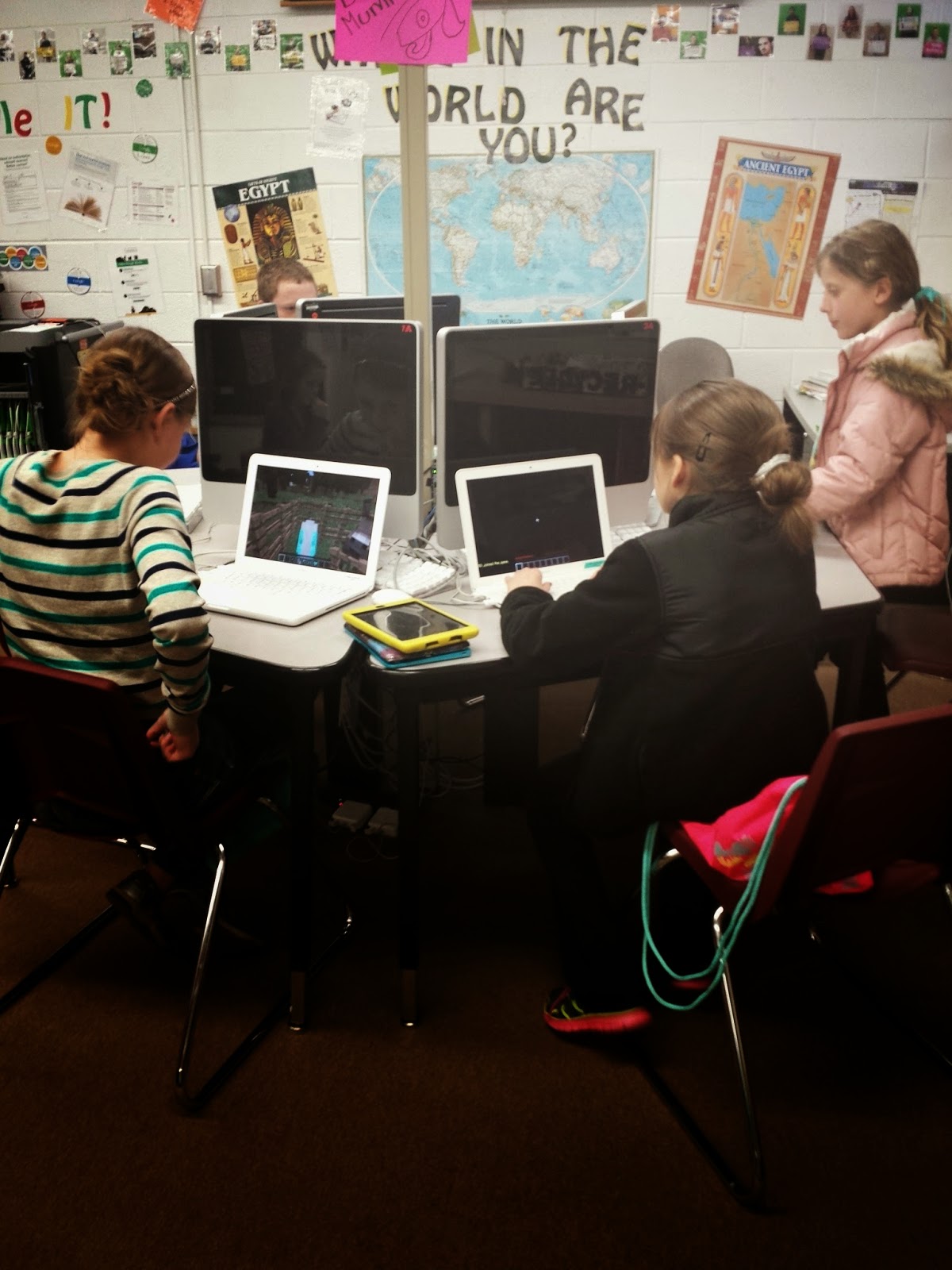 My middle school students love Minecraft and loved the idea of having a Minecraft party.  With permission we turned James's project into a fundraiser for the computer lab.  My students paid an entry fee to play 4 hours of Minecraft. They were able to play together all on the same world.  On the day of the Minecraft party James and his crew ran into tech issues, my classroom computers were giving them errors. From a teacher point a view it was great watching them troubleshoot the issues and come up with a solution.  Lucky for them I had assess to some laptops which seemed to work better on the network they created.  My desktop computers were having issues with an out dated graphics card.  Which I can see since they are at least 6 years old. 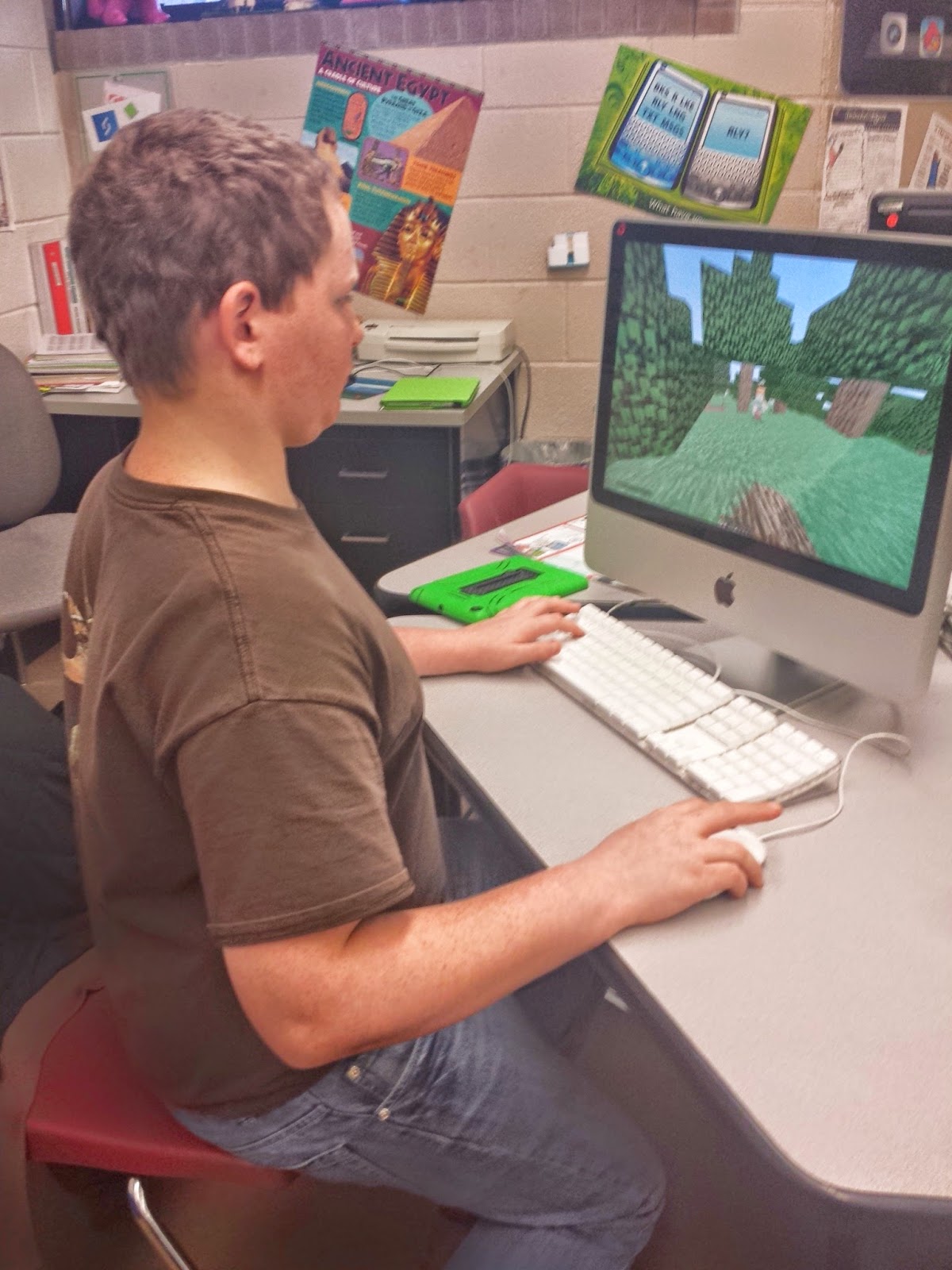