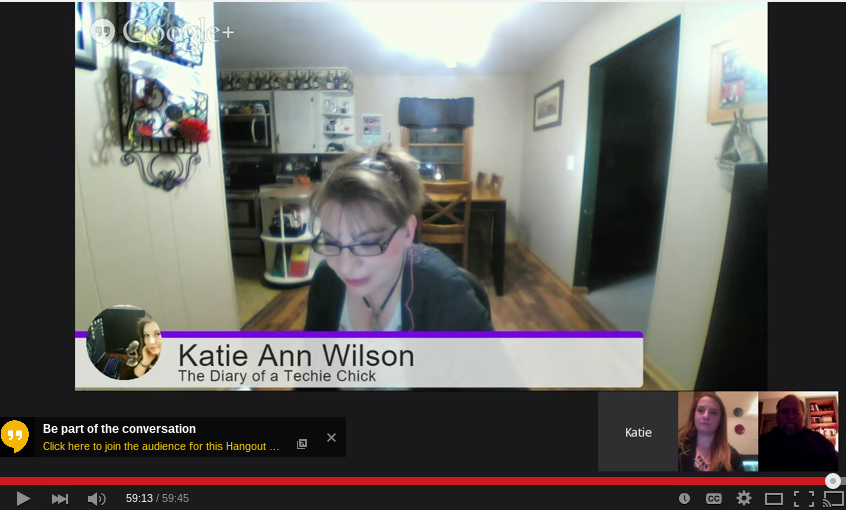 Several teacher friends were wanting a weekly Google Hangout where they could get together and talk about augmented reality.  I just happen to be the owner of the Augmented Reality for Educators Google Community so I volunteered to host the weekly Google Hangout.  I had never really scheduled a Hangout before, how hard could it really be.  I went to my Google account and knowing I could click on the little plus sign next to my beautiful picture and create an event.  What I didn't realize is you couldn't schedule an On Air Google Hangout from that area.  I caught my mistake 15 minutes before our hangout was suppose to happen.  I thought I could merge the two events and create one.  For those thinking that would be possible, well it is not at this time.

Since I had messed up I had 2 events going at once.  One Google On Air Hangout and one Google Hangout.  The difference between the two hangouts is that the on air one records the hangout and uploads it to YouTube, the plain Jane hangout does not.  I tried to get the people in the plain hangout over to the on air one but it just would not work.  Me being a little on the techie side and having more than one computer had the people in the plain hangout running on my Chromebook and the on air hangout running on my desktop.  I am also lucky that I have a Yeti mic so I was able to place the mic next to my Chromebook so that everyone could hear what was going on in the plain hangout.

I played the moderator between the two hangouts.  When I ended the Edchat I had several complements on how I had handled the situation.  Even my husband commented and told me that I was meant to lead a education chat on augmented reality.  If you missed the 1st Let's Talk AR no worries it was recorded and you can watch it as much as you want.  We plan on having a weekly Google On Air Hangout once a week on Sunday at 8pm Eastern time.

I even have had a request to hold a monthly international hangout on the topic of augmented reality.